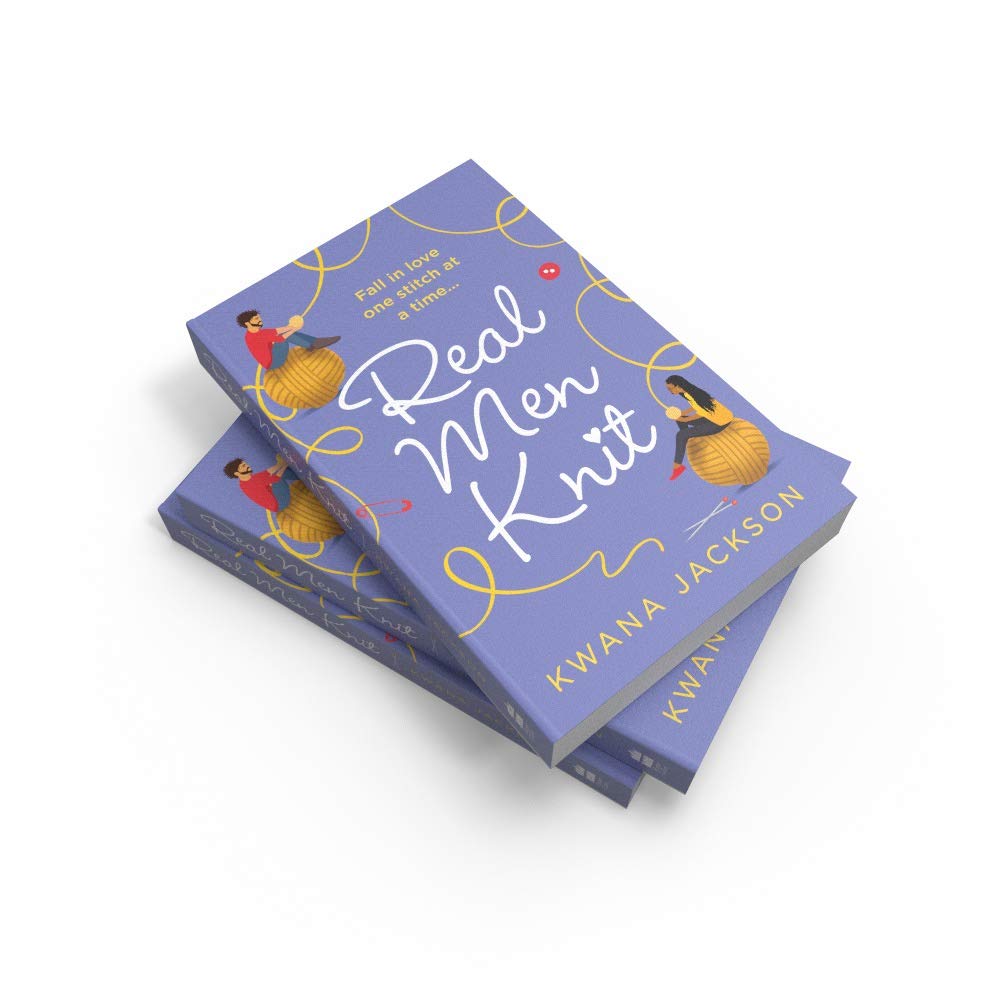 Kerry Fuller has worked at Mama Joy Strong’s knitting shop – Strong Knits – for years. And she’s had a secret crush on Joy’s son, heartbreaker Jesse Strong, for even longer.

When Joy unexpectedly passes away, Jesse vows that he will keep the shop open, no matter what. And with no idea of where to start, he reaches out to Kerry for help. Soon Kerry is teaching Jesse all the knitty-gritty parts of the business – all the while trying to keep her heart from getting broken.

The longer they spend together, the closer they become. But Kerry doesn’t believe their relationship can last longer than she can knit one, purl one. It’s up to Jesse to prove her wrong… 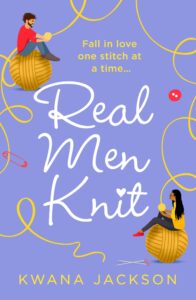 Real men knit? Of course they do! I have happy memories of being one of a group of knitting parents who helped teach this enjoyable and wonderful skill to various classes at my children’s school, rather a lot of years ago now! Boys and girls alike had a go, everyone achieved something and we all had a great time. I don’t know how many of those children, now adults, are still knitting, but I hope some of both sexes are. It’s lovely that it’s more usual for men to knit these days, thanks to knitter-designers like Arne and Carlos and possibly even more so to celebrities, such as Ewan McGregor and David Arquette, fessing up to their secret knitting habits!

The bonding element of knitting – a skill usually passed from one generation to the next or by one friend to another – comes through very strongly in this unusual novel. And it truly is a strong bond. Mama Joy Strong’s knitting shop brings immense richness to Kerry’s life, although not initially to Joy’s adopted sons. Her determined character is what has influenced them the most.

Without giving too much away, knitting eventually begins to matter to the young men too, especially one of them, and two of our characters cast on a new future together.

The pace, appropriately, is steady: reading, like knitting, is to be savoured and we need action and character development to build gradually, just like a garment or accessory gradually takes shape on a pair of needles. But it’s not all plain sailing with either pastime. Stitches get dropped or miscounted and even the most experience knitter makes a mistake in a pattern now and again. Similarly in our novel there are unexpected hitches and unforeseen consequences to surprise the reader and make them rethink a few things.

If you enjoy knitting, and even if – horrors! – you don’t, you’ll find this knitting-inspired novel will warm your heart even more than the cosiest knitted jumper. 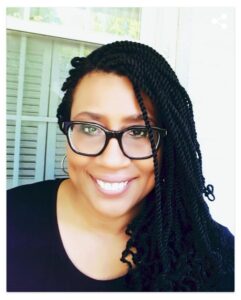 USA Today bestselling author and native New Yorker, Kwana Jackson aka K.M Jackson spent her formative years on the A train where she had two dreams: (1) to be a fashion designer and (2) to be a writer. After spending more than ten years designing women’s sportswear for various fashion houses, Kwana took a leap of faith and decided to pursue her other dream of being a writer. A longtime advocate of equality and diversity in romance (#WeNeedDiverseRomance), Kwana is the mother of twins and currently lives in a suburb of New York with her husband. When not writing she can be found on Twitter @kwanawrites, on Facebook at facebook.com/KmJacksonAuthor, and on her website at www.kmjackson.com.