Her next case. She’s in it for good.

Isabel Long is in a funk months after solving her first case. Her relationship with the Rooster Bar’s owner is over. Then the cops say she must work for a licensed P.I. before working solo.

Encouraged by her ‘Watson’ — her 92-year-old mother  — Isabel snaps out of it by hooking up with a P.I. and finding a new case.

The official ruling is Chet Waters, an ornery so-and-so, was passed out when his house caught fire. His daughter, who inherited the junkyard, believes he was murdered. Topping the list of suspects are dangerous drug-dealing brothers, a rival junkyard owner, and an ex-husband.

Could the man’s death simply be a case of redneck’s revenge? Isabel is about to find out. 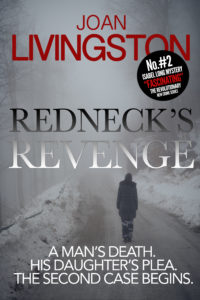 This is a spirited cozy mystery featuring mature sleuth Isabel who may only be an amateur at the moment, but is training to become a professional private detective. She was let go from her job at a newspaper a few years ago and was kicking her heels. Solving mysteries, like the ones her mother so enjoys reading about, seems to suit her personality and skills very well.

The setting is rural America, the land of ‘rednecks’ in the opinion of dismissive people. Hence the title. Isabel fortunately is intelligent enough to see that the rural way of life is equally to be valued as the urban way, and has its own set of rules.

The case that comes Isabel’s way dates back three years. Annette, who runs the junkyard, has lingering doubts about her father’s death, in a fire, being an accident. Chet was a drinker and not an easy man to get along with, but it seems that the authorities were rather quick to accept the easy explanation for his demise.

Isabel takes on the case, even though all she’ll be getting as payment is free car servicing. She tackles the task methodically and courageously, not shying away from upsetting a few unsavoury characters on the way. That almost has rather drastic repercussions. Bit by bit Isabel pieces the puzzle together. Like us, she’s kept guessing for quite a while but at least she fits the pieces together, in a dramatic way.

This is a book about relationships too, and that side is very richly portrayed. We have Isabel’s relationship with her elderly mother, and that’s a key part of the novel. We see her with her children, and also with Jack, the new man in her life, although there have been and still are some bumps in the road on that path. And will Dancing Dave lead Isabel on a merry dance and tread on Jack’s toes? Sisters Annette and Marsha, both redneck Floozies in Isabel’s books, have a close bond and care deeply for each other, unlike a married couple in the book despite outward appearances. And there’s the easy affability and comradeship of the Old Farts.

The Old Farts, the acquaintances that Isabel meets up with over bad coffee to bounce ideas off, are a nice touch to the novel. There’s the Serious Old Fart, the Fattest Old Fart and so on. These actually constitute  a version of the Greek muses in my mind since there’s a lot of wisdom and perspicuity in their remarks. They’re of great assistance to Isabel in her efforts on this case.

My only niggle is the rather cluttered cover, but then I’m someone who just likes to see the title and the author and an eye-catching graphic. I’m not keen on any optional extras! 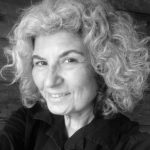 Joan Livingston is the author of novels for adult and young readers. Redneck’s Revenge, published by Crooked Cat Books, is the second in the mystery series featuring Isabel Long, a long-time journalist who becomes an amateur P.I. The first is Chasing the Case.

An award-winning journalist, she started as a reporter covering the hilltowns of Western Massachusetts. She was an editor, columnist, and most recently the managing editor of The Taos News, which won numerous state and national awards during her tenure.

After eleven years in Northern New Mexico, Joan returned to rural Western Massachusetts, which is the setting of much of her adult fiction, including the Isabel Long series.

*Terms and Conditions –Worldwide entries welcome.  Please enter using the Rafflecopter box below.  The winner will be selected at random via Rafflecopter from all valid entries and will be notified by Twitter and/or email. If no response is received within 7 days then I reserve the right to select an alternative winner. Open to all entrants aged 18 or over.  Any personal data given as part of the competition entry is used for this purpose only and will not be shared with third parties, with the exception of the winners’ information. This will passed to the giveaway organiser and used only for fulfilment of the prize, after which time I will delete the data.  I am not responsible for despatch or delivery of the prize.

Follow the rest of the tour, and look back to see what you’ve missed: