An astonishing tale, spanning continents, where truth is stranger than fiction. This historical saga of an extraordinary Australian pioneer family continues into a new generation.

Sadie is brought-up amongst the vineyards of the Yarra Valley while her work-obsessed father reaps riches from the boom years before the Great War.

With post-war depression looming, Sadie’s only option is to flee from her disastrous marriage, seeking refuge in Cleethorpes, a small seaside town in northern England.

Years later, when her sons are in RAF Bomber Command, she receives a letter from her long-lost brother which forces her to confront the past and her part in her family’s downfall.

Can old wounds be healed?
Will she find new love?
Will this second war destroy everyone she saved?

This is a truly bittersweet novel. Sadie, our heroine, is the mother of three sons, all of whom are fighting in the Second World War. With her heart in tatters with worry about them, she still finds the strength to make her own contribution to the war effort, and to find some love for herself.

The author created the tense atmosphere beautifully. I can only imagine how truly dreadful it must have been for the women of that generation to be constantly wondering if their children were still alive as the war dragged on and on. Grabbing every precious second with them when they’re on leave becomes Sadie’s prime concern.

We travel in time here and there back to relevant moments of Sadie’s childhood and early adulthood. This is nicely done and isn’t intrusive. Instead, we have two beautifully told storylines to enjoy.

We don’t want to see Sadie suffer, but given the war setting it’s inevitable she will. Yet she finds new strength to deal with the aftermath of the war, and even has the chance to try and rebuild her life and enjoy some happiness.

This is very touching wartime novel that recounts, without sensationalism or detraction, the turbid, tragic nature of this period. By sharing the experiences of just one mother we actually get an incredibly broad insight into the true impact of human conflict.

I hadn’t realised this was the last book in a trilogy when I read Sadie’s War, which shows that it stands alone perfectly. I shall now be reading the first two novels in the series to find out more about the fascinating family on whom the books are based. I worked as a  librarian, mostly with young people, so books have been my life, ever since I first stepped into a library and found a magical treasure trove. My other love is social history. Retirement gave me the opportunity to travel to Australia where I discovered stories that deserved to be written. I found a new career as an author which gives me immense pleasure. I write for myself but am delighted that others enjoy my books. Amelia O’Sullivan is a photographer who has always viewed herself through the wrong lens. When her marriage publicly crashes around her, she flees to the safety of her aunt’s country property to pick up the pieces. Can she adjust her focus to what she really wants from her life?

Born into a wealthy and powerful family, Frederick Doyle may seem like a man who has it all, but behind the scenes, a bitter business feud threatens an irrevocable family split. As he fights for control of the winery he’d built from the ground up, he finds a supportive ally in Amelia and becomes increasingly beguiled by her creative spirit.

Jill McMahon is a successful novelist suffering from writer’s block over her latest manuscript. Finding her niece, Amelia, at her door, reminds her of the bonds of family, but in seeing Amelia and Frederick’s relationship grow, a long-forgotten and painful secret threatens to re-surface.

Can Amelia, Frederick and Jill untangle themselves from their pasts or will history simply repeat itself?

We have three very interesting main characters in this story. All are undervalued to an extent, and have demons to face. Amelia and Frederick in particular are getting grief from some of their loved ones too. However, all three strive to be positive and strong, and all of them are likeable, sympathetic people. Their interactions make for a fascinating story.

Family life is shown in two very different lights in the novel: we see its difficult, dismissive side but also the ever-loyal and supportive side to it too.

The setting is rural Australia, and the author’s writing takes us there. We get especially interesting insights into running a vineyard, and the business side of a bottle of wine, but learn about the other character’s professions too.

The romance that blooms slowly between Amelia and Frederick is beautifully portrayed, but it’s not without its frustrations and misunderstandings. And is Amelia too disillusioned to trust someone enough to truly love again?

This is a gentle and touching romance with splashes of intrigue and skulduggery and lovely, wry humour here and there to keep the reader fascinated until the very end.

Megan’s stories are about families, intrigue and love. Every book contains a bit of humour and a lot of heart.

Megan lives in Melbourne with her husband and three children, and has a background in public relations and higher education.

She drinks far too much coffee and has an addiction to buying scarves. She interviews with other authors for her blog series, Espresso Tales, and loves a bit of #bookstagram.

Her debut novel, The Things We Leave Unsaid, was released by Crooked Cat Books in 2018. Tangled Vines is her second novel.

It’s an absolute delight to be taking part in the blog tour for this fascinating book.

The Vanished Child will tug at your heartstrings. It’s very powerful, extremely moving and unputdownable.

Jayne, a genealogist, takes on a job for her new step-mother, Vera. On her death bed, Vera’s mother, Freda, revealed to her that she has an older brother who was illegitimate. The boy, Harry, was sent to a home and then foster parents. Freda hoped to claim him again, but when she was ready to do so she discovered he’d been shipped, as did an obscene number of children over many years, out to the old ‘colonies’ purportedly for new, rich lives with loving families, but that was frequently far from the truth. Freda is filled with regret for what happened. There are two storylines in The Vanished Child – one in the 1950s where we follow the events surrounding Harry and the other in the present day. This second one revolves around Jayne and her meticulous genealogical research. We move between the two which makes the book so alive and tantalising. Each period is depicted in detail, and the settings in both the UK and Australia are convincing and enveloping.

Jayne is an interesting character with family mysteries of her own to discover. She’s very likeable, and also admirable as she’s conscientious, pleasant and determined. Her life comes over as familiar and cosy to us with her Nespresso machine, cat, and other homely details. This creates a very convincing character, one we care about. It’s fascinating to follow her research, and very interesting to see what goes on behind the scenes in this sort of investigation.

Harry’s life is far less cosy, and we cringe as we see what happens to him, but take heart from his strength and determination, especially in one so young. But so much time has passed and there are difficulties for Jayne and her work colleague Duncan to overcome in their search for the vanished child. Has it all been left too late? Can you really trace someone who’s half a world away after more than sixty years? You’ll have to read this poignant book for yourself to find out if there can be a happy ending for this fractured family. It’s absolutely to be recommended.

What would you do if you discovered you had a brother you never knew existed?

On her deathbed, Freda Duckworth confesses to giving birth to an illegitimate child in 1944 and temporarily placing him in a children’s home. She returned later but he had vanished.

What happened to the child? Why did he disappear? Where did he go?

Jayne Sinclair, genealogical investigator, is faced with lies, secrets, and one of the most shameful episodes in recent history as she attempts to uncover the truth.

Can she find the vanished child?

This book is the fourth in the Jayne Sinclair Genealogical Mystery series, but can be read as a standalone novel.

Every childhood lasts a lifetime. 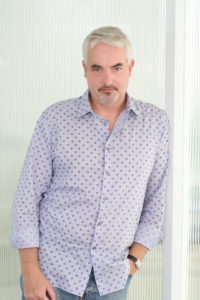 Author Bio – Martin has spent most of his adult life writing in one form or another. As a University researcher in history, he wrote pages of notes on reams of obscure topics. As a social worker with Vietnamese refugees, he wrote memoranda. And, as the creative director of an advertising agency, he has written print and press ads, tv commercials, short films and innumerable backs of cornflake packets and hotel websites.

He has spent 25 years of his life working outside the North of England. In London, Hong Kong, Taipei, Singapore, Bangkok and Shanghai, winning awards from Cannes, One Show, D&AD, New York and London Festivals, and the United Nations.

When he’s not writing, he splits his time between the UK and Asia, taking pleasure in playing with his daughter, researching his family history, single-handedly solving the problem of the French wine lake and wishing he were George Clooney.

A Canter of the Heart by E E West describes itself as “a romance that will speak… to your heart” … and you know what, it really does!

Twenty-year-old para-equestrian Eleanor lives on her parents’ farm in Boyanup and fills her time with schoolwork and riding, and girls’ outings with Annette and Carol. Eleanor is wonderfully positive and fun, the sort of person you’d love to have as your best friend. So it’s no surprise that American naval flight offer David is smitten when he bumps into her at a nightclub. They have just two days together in Australia before David has to go back to his ship. They’re determined that their relationship will last but everything seems to be forcing them apart – spiteful ex-girlfriends, missed phone calls, delayed letters, the prejudice Eleanor perpetually faces from certain qualities, even war. But the prospect of thirty-four magical days in America together keeps them going. Can their love last? Much as Eleanor adores her horses and her riding, it’s David she now needs to make her life complete.

The story introduces us to two fascinating central characters. It takes us from Australia to America and back, with a quick visit to Singapore. The author captures the settings of each place beautifully and you think you’re there too. But what E E West portrays best of all is human emotion. Both Eleanor and David are on emotional rollercoasters after they meet, and we share their love for each other, their longing, their frustration, their irritation, but most of all, their irrepressible optimism and hope for the future.

This is a wonderful story that warms as well as speaks to your heart.  And the good news is that this is the first in a trilogy: The Equestrian and the Aviator. So more great writing to come from this talented author.

Buy the book on Amazon here.