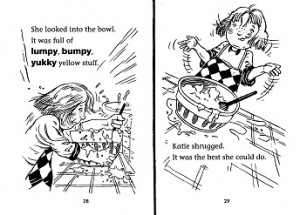 Just a quickie today to announce that Katie’s Cake is now in its seventh edition. I got my two free copies through the post today.

An edition is officially “the whole number of copies printed at any time or times from substantially the same setting of type-pages”. This definition arose in the 1940s. However, publishers use the term rather more loosely these days. In my case, it’s actually ‘print runs’ rather than ‘editions’ because no changes have ever been made to the text. Really it’s still the first edition.

There are other confusing terms too, such as revised editions, corrected versions, republishings – so the whole thing is rather muddled. And ebooks and print on demand aren’t helping. It’s now possible to make every corrections or changes between one copy of a book and the next using those technologies. Is each one therefore an edition, or a print run?

This is something I shall definitely return to again, but I need to do some mugging up first, because I’m starting to get confused by it all too!